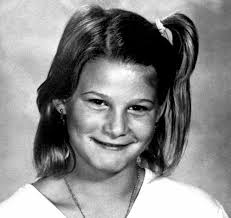 The Bay Village PD, The FBI, and The Cuyahoga County Prosecutor’s Office (Cleveland, OH) are seeking to identify attempted or actual child abduction cases occurring as a result of perpetrator initiated interaction with victim similar to the approach described below:

Amy’s mother, Margaret Mihaljevic, received her usual check‐in telephone call while at work from Amy between 3:10 – 3:40 pm. The call was later than usual but Margaret assumed Amy was at home. The offender and Amy were likely together at the time of this call, with the offender allowing Amy to contact Margaret to maintain a normal routine. Margaret returned home from work at 5:30 pm and reported Amy missing.

Two witnesses observed a white male interacting with Amy at Bay Square Shopping Center. The abductor spoke with Amy and directed her towards the parking lot with his hand on her shoulder. The abductor was described as 5’8” – 5’10”, medium build, dark hair, 30‐40 years of age, and possibly wearing glasses. No vehicle was observed.

Weeks prior to the abduction Amy told a friend that she had received a telephone call from someone who “worked with Amy’s mother”. The caller wanted help from Amy to pick out a gift for her mother, indicating Amy’s Mom had done something good at work. Amy told her friend she was responsible for keeping this secret because she was better at keeping secrets than Jason, her 13-year-old brother.

On 2/8/1990, Amy’s body was discovered in a farm field adjacent to County Road 1181 in rural Ashland County, Ohio. The body disposal site which afforded extended visibility in all directions is about 50 miles southwest of the abduction site. The body was re‐dressed in the same clothing the victim was last known to be wearing, except for missing shoes and earrings. The partially skeletonized body exhibited stab wounds to the throat and blunt trauma to the rear head. Advanced decomposition precluded determination of sexual assault.

Founder and President of the American Investigative Society of Cold Cases.
View all posts by Kenneth L. Mains »
« Previous post
Next post »